How the Brexit will influence e-commerce businesses

On 31 January 2020, after years of discussion and political power, struggles between the United Kingdom and the European Union, the UK formally left the EU. But what does Brexit mean for your e-commerce business and cross-border fulfillment? What other impact does Brexit have on e-commerce in the UK, and e-commerce in the EU in general? This article will help you to understand what you have to consider, what risks, and what opportunities Brexit brings to your business. 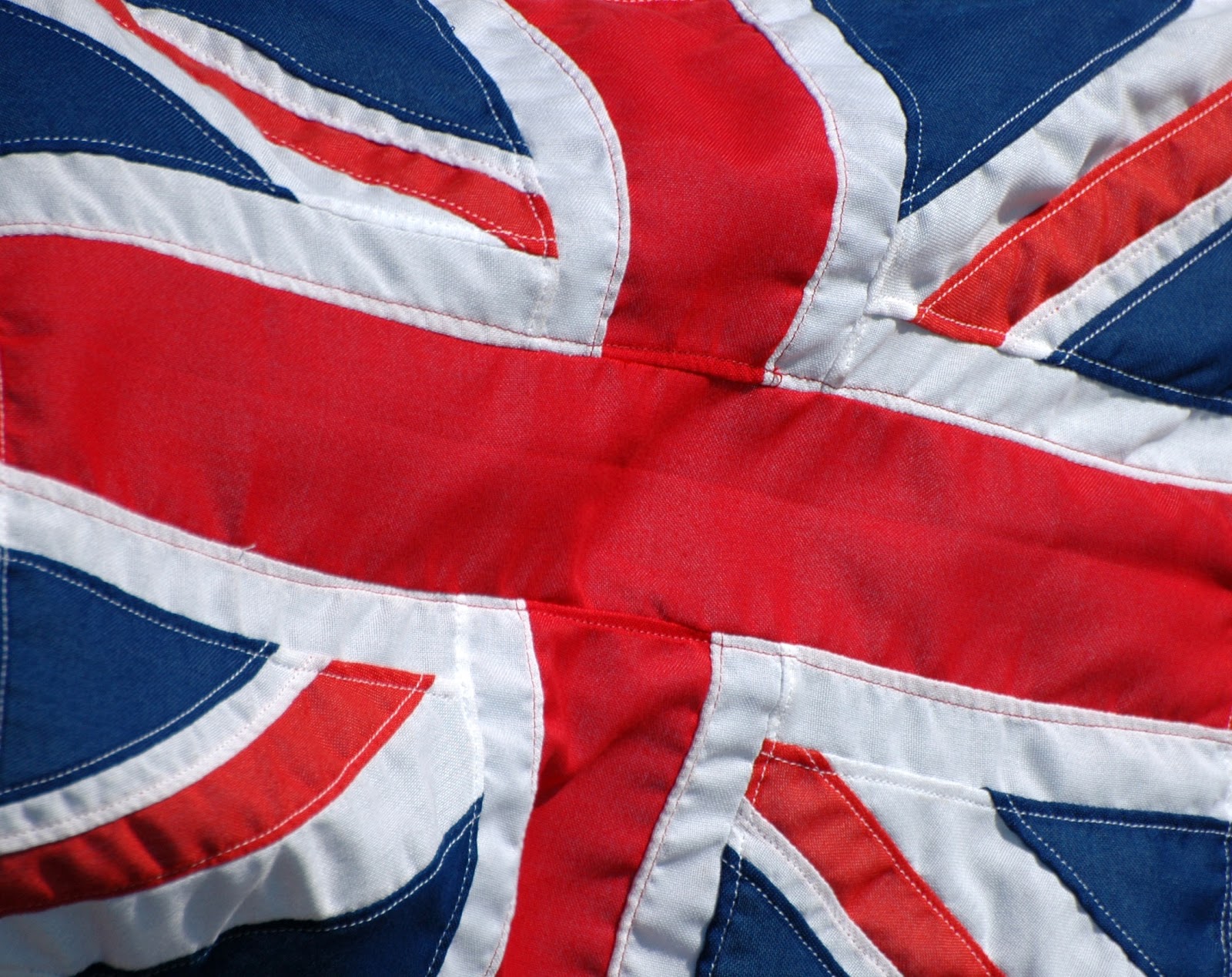 As you know, the UK formally left the EU early this year, but that does not mean that all discussions and negotiations are over now. On the contrary, in the coming months, the negotiations will gain momentum once again as the UK has virtually no trade agreements with other countries. Considering the severely limited timeframe of the transitional period, that ends with the turn of the year, the UK needs to begin establishing its own agreements. This is particularly important for e-commerce companies that are somehow connected to the UK market. It is particularly important to keep an eye on developments for e-commerce companies. With the withdrawal from the EU and the "Brexit-Day", an 11-month transitional period has started, which ends with the turn of the year.

Considering the magnitude of this event, it can be said that Brexit Day has caused a relatively little sensation. This is because many people have simply heard too much news related to Brexit over the last few years.  In general, a certain dullness or oversaturation can be felt as far as Brexit is concerned. Many British people talk only about the "B-word" and there is even a Brexit-free channel offered by Sky. Nevertheless, there is still a certain amount of uncertainty about Brexit, especially among business people, and e-commerce entrepreneurs are anything but an exception.

As expected, the trade talks that started at the beginning of March were again preceded by some power games. Negotiations are now expected to continue at two- to three-week intervals until summer, at least. Again, tough negotiations and disputes are virtually guaranteed.

What changes has Brexit Day brought? 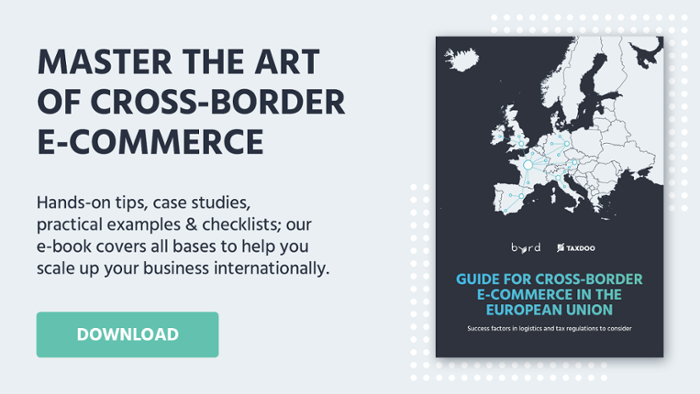 First of all, the most important information for e-commerce companies is that until the end of the year, free cross-border trade between the EU and the UK will remain as it was before the UK leaving the EU. How the regulations after 31.12. 2020 will look like still has to be negotiated and is not clear at this point in time. What is clear, however, is that both the UK and the EU should have a strong interest in achieving a mutually beneficial trade deal. One example of how important the trade between these two entities is is shown by the following figures. The UK reached a value of 1.3 trillion pounds in 2018 (about 1.50 trillion euros exchange rate from 09.03). Almost half of this (49%) accounted to trade with the EU.

Just like for trade, regulations regarding travel will remain unchanged until the end of the year. This means that business and private travelers can continue to rely on the smooth processes they are accustomed to. The same applies to where you work as well as where you reside. The freedom of movement will therefore remain unrestricted until 31.12.2020 and therefore also gives all e-commerce entrepreneurs in the UK and the EU the right to reside and work wherever they wish.

Although all parties involved would benefit from a deal it cannot be ruled out, that at this stage a no-deal Brexit will occur.

Companies within the EU should prepare for that possibility and consider the following steps:

1.Get an EORI-number in order to export goods

An EORI (Economic Operators Registration and Identification) number is assigned to importers and exporters by the national customs authorities. This identification number is required for customs processing. Keep in mind that the processing time might take up to ten days.

3.The EU-customs authorities require the following data for exports and imports:

4.Required documents that need to be attached to the shipments

In order to get a better understanding of the consequences, you can compare the current delivery times of an insured DHL parcel from the UK with those from Norway: from the Scandinavian non-EU country, the average delivery time of 7.5 working days is 250% longer than that from the UK at the moment. In addition, such a package is almost twice as expensive by default.

Since shipping costs and long delivery times are major factors for shopping cart abandonment, it is safe to assume that the new regulations will have a negative impact on the conversion rate of online shops that are selling across the canal.

In summary, free trade between the EU and the UK will be followed by strict border controls and customs duties on both sides, which will also result in longer parcel delivery times. However, this is only the case if no deal is struck.

Impact on e-commerce in general

The e-commerce sector is one of the areas that would probably suffer the most from a no-deal Brexit, or from any kind of impediment to trade. Small and medium-sized companies, in particular, would suffer from the reintroduction of tariff and non-tariff barriers. Similarly, such a (non-)solution would also make business more difficult for large companies. The additional costs of tariffs would in many cases be passed on to the customer. In addition, however, the costs of adapting current frictionless processes would be considerably high. Furthermore, delays in e-commerce are to be expected in this case.

If no consensus can be found in the negotiations between the UK and the EU27, it is also to be feared that a coherent legal framework will not be in place. This in turn would make trade even more difficult and lead to additional complications.

Influence on your e-commerce business

At the moment one can only speculate what kind of deal can be achieved by the end of the year. For e-commerce companies, the following topics, which are still uncertain, are particularly worth observing.

In addition, every e-commerce entrepreneur should pay special attention to areas such as, possibly modified, data protection regulations. To avoid getting into trouble, please inform yourself in detail so that there are no rule violations on the website of your online shop. It is important to keep an eye on the negotiations between the UK and the EU in order not to be surprised by new regulations at the beginning of 2021.

According to the age-old proverb, preparation is half the battle. As an online trader, you normally have no influence on the negotiations between the EU and the UK. However, you can already take the fate of your e-commerce business into your own hands as of now.

One possible strategy to avoid the problems of customs duties, import sales tax, bureaucracy, and longer delivery times, for example, is to set up logistics centers and fulfillment centers on both sides of the canal. This has recently proved to be relevant for both British and Continental European companies. The problem, however, is that for most companies building such a network is very costly. Nevertheless, many British e-commerce entrepreneurs, who also ship internationally, have already decided to emigrate to the EU - especially to Germany -  with their business. E-commerce companies expect that moving their business will give them easier access to the European market. German online shops therefore also have to adjust to the increasing direct competition.

In order to find the right logistical strategy to deal with this challenge, you should ask yourself the following questions:

On the supply side:
Which raw materials are sourced from which geographical regions?

On the demand side:
Does a large proportion of the orders in your online shop come from the other side of the canal?

Especially the British and above all Boris Johnson, seem to be wildly determined to actually close Brexit for once and for all at the end of the year. So you can prepare yourself for intensive months of hard negotiations and power struggles. However, due to the fact that both the UK and the EU benefit from a close relationship, we forecast that a deal will be concluded by 31.12.20. Nevertheless, there are many critical voices pointing to the comparatively short time remaining. Similar trade agreements, such as TTIP and EFTA, were preceded by many years of negotiations. It remains to be seen what a trade agreement will look like at the end of the year. In the meantime, e-commerce companies must remain calm. Panic is rarely a good strategy. In fact, preparations can be made in advance to be able to act and not be forced to react on short notice. If you get your e-commerce company on track now, you will benefit from it later.

As a precautionary measure, many e-commerce companies are setting up logistics centers, both in the UK and in mainland Europe, to reduce bureaucracy, shipping costs, and delivery times.

However, this takes up a lot of resources and is very costly, so for many e-commerce companies, the most attractive solution is to join a fulfillment network instead. However, the key factor for success is undoubtedly developing the ability to adapt to ever-changing circumstances and be prepared for different scenarios.

If you want to learn more about the consequences of Brexit, you should watch this funny video. Although it is not quite up to date anymore, it is worth the time.